Red-pill your Democrat friend efficiently and humanely. Rehabilitate them or at least putting them on the path to recovery from their years of sinister mind-control programming from mainstream media.

“Red pilling” is slang for “making others see things as they really are,” often by repeated and forceful assertions.

Origin and Meaning of the Slang Term Red Pilling

The origin and meaning of the slang term “red-pilling” come from the blockbuster movie “The Matrix.”

“Red-pilling” happens within The Matrix sci-fi film when Keanu Reeves was offered the choice of a red versus blue pill, or choosing reality or the fake reality of the Democrats. Keanu chose the red pill and it set him free.

This blockbuster movie was written and directed by the Wachowski sisters and starring Keanu Reeves, Laurence Fishburne, Carrie-Anne Moss, and Hugo Weaving. Released in the United States on March 31, 1999.

List of Steps on How to Red Pill a Democrat:

Watch a Democrat explain when and how he realized the Democrat media was wrong about Trump. Helpful as an example of how the Democratic mind-control program unravels on its own once “red-pilled.”

Best Way to Red-Pill a Democrat

The best way to “red-pill” a Democrat is to understand the nature of their mind-programming. And since each vote counted the same, learning the differences while “red-pilling” essential for good time management.

Don’t underestimate what you’re up against in getting a Democrat to take the red pill. Unless you happen to get lucking with your timing, it’s going to take a lot of time and patience.

It takes time waiting for them to talk their Democratic politics into a corner, and patients to listen to their denials of the true nature or goals of their Marxist-leaning party.

It’s a good idea to know the extent of their mind-control because some are university-trained, pure communists, and so you’re wasting your time. Move on!

Reestablishing reality with a Democrat is often difficult and so a long-term project. Most likely, all you can do is raise cognitive dissonant levels and point them to alternate conservative sites.

Meet Luis, a classic communist. That’s him with the short-billed, Marxist-style cap that often gives away an intellectual or high-ranking street supervisor. Or, the cap could just be hiding that he may be bald.

Anyway, in the video below, we get a peek into a Marxist’s stubborn singular pursuit of achieving their political agenda. As a “heads-up,” don’t waste your “red-pilling” time and energy with this type.

Besides, they don’t care about either of our political parties or racial tensions. They only want to topple the US, in order to install Marxism.

About a true Marxist

Notice that he is principally against fascism, while the frustrations caused by racism is only a vehicle. Meaning he’s an anarchist, not a Democrat or Republican, so any efforts talking about US patriotism is a complete waste of time.

Watching the bored looks of Luis, it was obvious he was more tuned into the uselessness of the debate than everyone, even the well-intentioned moderator.

Interestingly, if he had read this post and had not been so desperate to just talk, he probably would have never debated Luis in the first place. A lesson for everyone, not to waste our time.

Video Review – While I don’t like showing this unfair battle between a homeless member of “Proud Boys” and intellectual anarchists run by biased left-wing media moderator from API, I include the video for a good reason. For it shows their destain for America and the disciplined doctrine of a communist anarchist.

What Rob (Proud Boys) doesn’t realize about Luis’s (Anarchist) definition of racism is that to him racism is anyone or institution that prevents the overthrow of the US. His rage is not about racism!

He says he fights for all people who want to “control the means of production,” and so, he’s admitting the riots are not mainly about racism. They are about a tortured way of thinking that glorifies communism.

I watched Luis in action before during a much earlier protest when he blocked a bicyclist from joining. I’ll always remember because he was so persistent and smart about his every move. And so, I am even more convinced that he’s just a communist, no matter how he cloaks it.

Impossible -The Elite or Technical Democrat

The elite Democrats love to ridicule Trump supporters, even calling us deplorable and chumps. The elite or technical Democrat thinks they are part of the in-crowd, elite, indispensable people who will become of an upper council or the new world order.

While they may write and speak well, too many can’t see the light. Their well-crafted arguments are often based on the false logic of their mind-programming. Zero in and expose them, and do this about 10,000 times and you’ll change their mind.

Those who continually watch mainstream news mind-controlled programming will repeat incorrect information as if factual, especially when the source is from a “so-called” authoritative source.

“Red pilling” or de-programming them is possible but takes a lot of work. Start by pointing out that different news sources tell opposite facts, and mind-control is real. Challenge them to explore the facts on both sides.

Here is where we find the whistleblowers and people awakened. However, all you can do is point out how their news doesn’t jive with reality.

A great example is when the Mueller Investigation has proven a dud, and CNN viewership fell 35%! A prime example of a “red-pill” opportunity!

Every once in a while, a politically uneducated Democrat listens, but they must have a unified personality and be compatible. Otherwise, they’ll be amiable one day and hostile the next.

One such example was a neighbor and who retired after decades working in a financial office. A smart guy with a rare sense of balancing a budget, but otherwise, brain-washed under a heavy dose of daily CNN International programming.

Anyways, he really hates Trump and is mad at me for supporting him. He even heads up a small group of neighbors who rally at a neighborhood restaurant, who sneer at me when I walk by.

Trouble is somedays he’s as nice as can be, and other times a ranting lunatic!

How to know when a Democrat ready to be red-pilled.

In my experience, most are serious, if only playing with the idea by role-playing with you. Remember, if you don’t follow up, you may miss the chance to close the deal.

Sometimes, you’ll run into people who just shouldn’t be Democrats, and want someone to talk to. And, sometimes they just want to mess with your mind!

Democrats (global communists) must know their message is venerable to challenges. Otherwise, why would they form a protective circle?

They don’t have enough confidence in the “stickiness” of their false political utopia to trust their members to talk with you. And so, you’d want to talk to them alone.

Interestingly, Antifa supervisors scold members who talk to anyone outside their circle on the streets because they are afraid of patriots undoing their mind-control programming by “red pilling.”

So with the Democrats, you’re most likely to converse with neighbors or coworkers loaded with embarrassment about the latest thing report on what President Trump did. If you’re like me, you’ll be left thinking, even if I see your point, what about the ongoing attempt to merge us into an authoritative, new world order.

However, even you bring it up, you’re immediately labeled a “conspiracy theorist,” and what you say carries less weight. It’s perhaps the most deadly political phrase ever invented! So, talking with them at that moment will lead nowhere!

So when is the best time to “red-pill” Democrats? The moment they realize their political news sources are so biased that they are creating false realities in their mind. When they’re pissed!

The Democrats (Global Communists) Are Losing the 2020 Election, So Get Your Red Pills Ready!

Be ready to red-pill your Democrat friends because another layer of propaganda onion is coming off! And, with every layer, millions of Democrats become sufficiently disillusioned to accept the “red pill” cure of the truth. Be there for them and your country.

So, don’t let past failures in converting Democrats discourage you! Their disappointment is building en mass, and soon they will be more welcoming.

Often when I talk politics with Trump’s opposition, a heated, irrational, verbal fight ensued. Maybe you have also experienced one!

Urgent current political events now dictate that we learn how to begin the process of healing as a nation and thinking as one people.

Recovery Stages After a Democrat Realizes They’ve Been Misled.

Like most of you, I too lost friends as the mind-control of mainstream media and “big tech” sank their teeth into their consciousness. I dedicate this post to everyone who understands what is happening and wants to help everyone victimized recover. 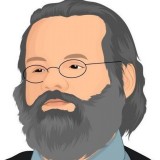